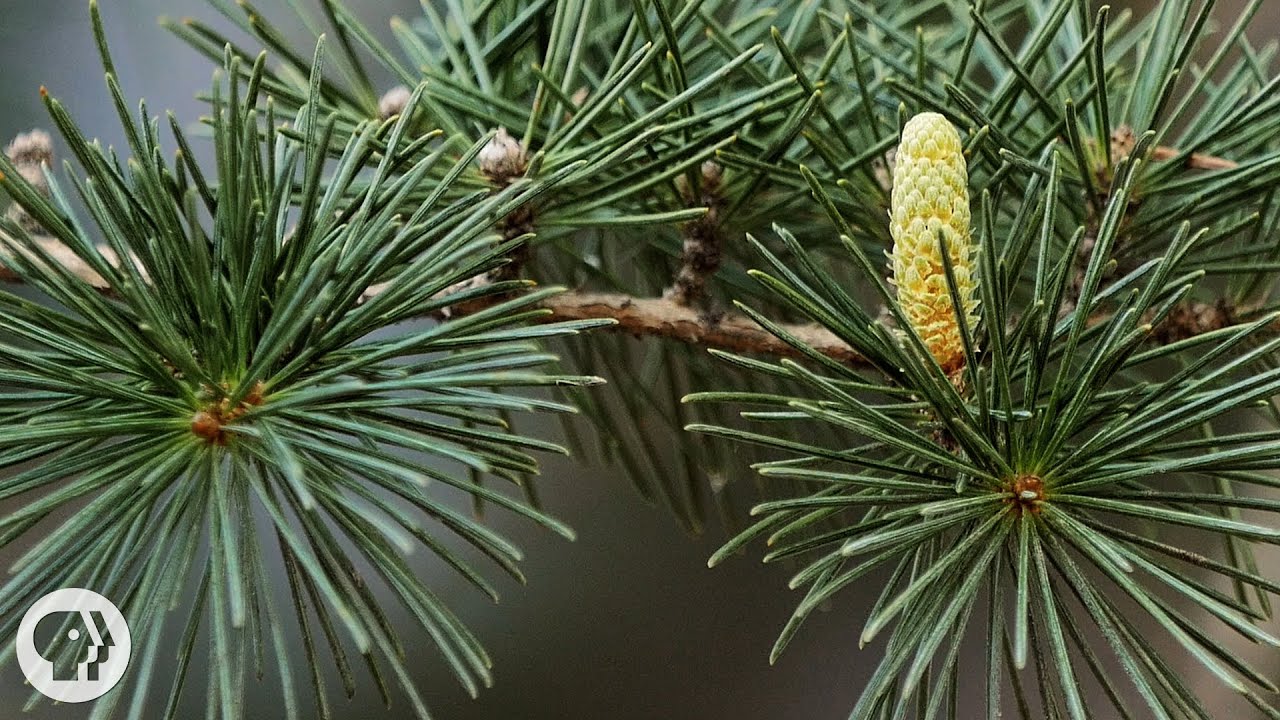 The humble pine cone is more than a holiday decoration. It’s an ancient form of tree sex. Flowers may be faster and showier, but the largest living things in the world? The oldest? They all reproduce with cones.

DEEP LOOK: a new ultra-HD (4K) short video series created by KQED San Francisco and presented by PBS Digital Studios. See the unseen at the very edge of our visible world. Get a new perspective on our place in the universe and meet extraordinary new friends. Explore big scientific mysteries by going incredibly small.

Do pine cones have seeds?

“There are two different types of cones,” says Bruce Baldwin, professor of plant biology at University of California, Berkeley. “There’s seed cones and pollen cones. The pollen cones are relatively tiny. The seed cone gets to be much larger and takes three years to develop and release seeds so you can often see pine cones of three different stages of development on a single tree.”

Why do pine cones open and close?

Early in their development, the scales open slightly for a short time to grant access to wind-borne pollen released from smaller pollen cones. After receiving the pollen, the female cones close back up until the seeds are fertilized and mature. Once they are, the scales reopen allowing the wind to disperse the winged seeds.

What are the oldest living trees?

Conifers are some of the oldest plants in the forest. And they were once much more diverse than they are today. But since the evolution of flowering plants, their diversity has plummeted. Today only about 0.3 percent of all the species of seed plants have cones. Flowering plants have taken over most of the warmer, wetter habitats, pushing out the evergreen conifers.

What are the tallest living trees?
The tallest (coast redwood), most massive (giant sequoia) and oldest living (bristlecone pine) individual organisms is the world are all conifers.

These ‘Resurrection Plants’ Spring Back to Life in Seconds | Deep Look:

The Hidden Perils of Permafrost:

See also another great video from the PBS Digital Studios!

It’s Okay to Be Smart:

If you’re in the San Francisco Bay Area, You can check out the conifer collections at the University of California, Berkeley Jepson Herbarium:

Or take a stroll through Tilden Regional Parks Botanic Garden to see a variety of California conifers:

41 thoughts on “The Sex Lives of Christmas Trees | Deep Look”