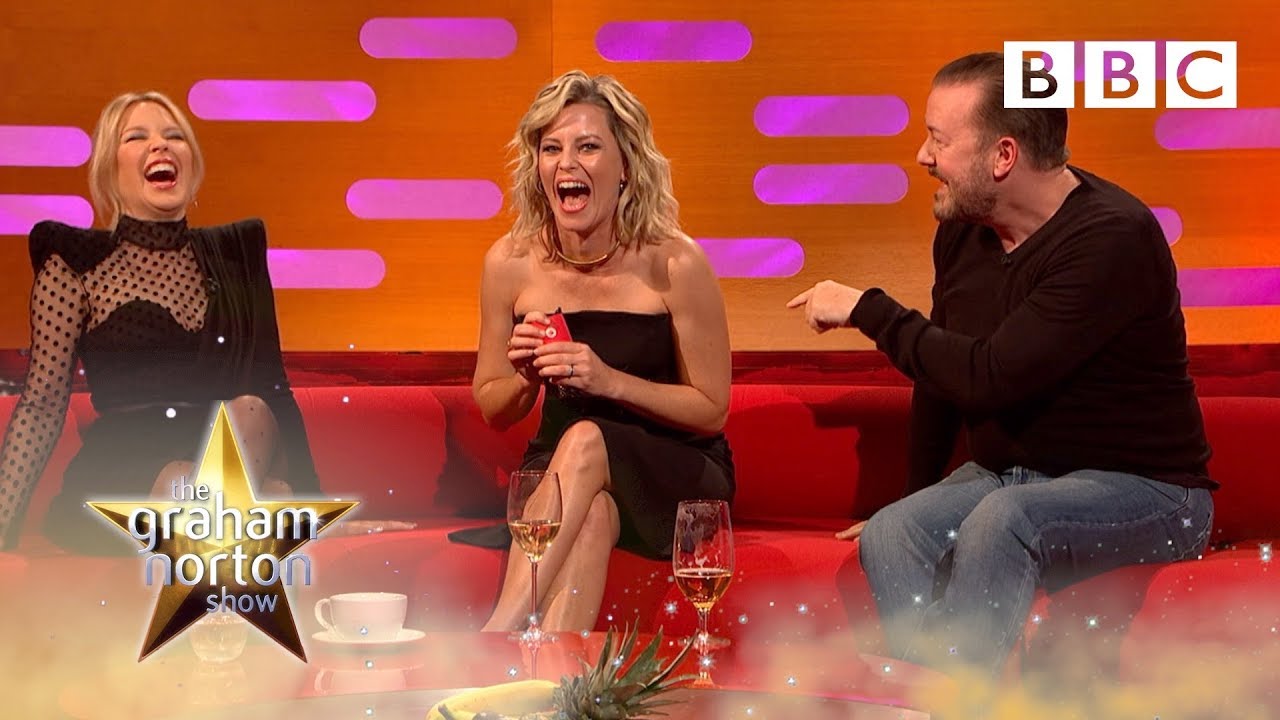 Elizabeth Banks, Kylie Minogue, Graham Norton and Ricky Gervais play a round of questions from Elizabeth’s board game, Unveiled. Questions include how do you signal you want sex, what do you call your privates and what is your get it on song… It Culminates in Kylie singing ‘Tears on my Pillow’ to Ricky Gervais!