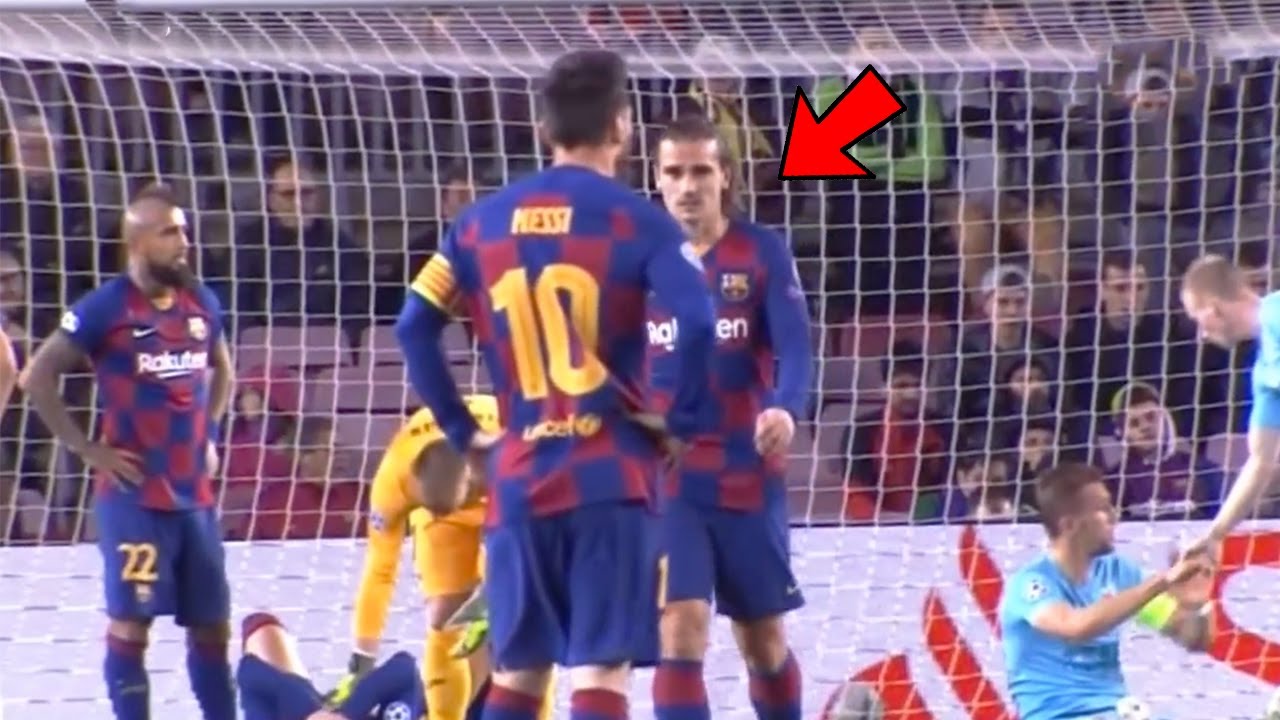 defeat to Levant in the local tournament this weekend, the 0-0 draw to Slavia Prague in the Champions League a few days ago has only made things worse for manager Ernesto Valverde and his boys.
And one of the biggest issues this season has been the lack of understanding between Lionel Messi and this season’s star signing, Frenchman Antoine Griezmann.
What was expected to be a phenomenal relationship on the pitch has proven to be anything but, with both players rarely connecting with one another during the matches and lacking the type of kinship that has been so successful for both of them in their respective careers with other players. And the recent Champions League match footage in the Camp Nou stadium may have proven that there is a bit more than just a lack of understanding on a football level.
The footage showed different moments where both players seemed to be trying to get away from each other and not interact, which may suggest that things are working out very well between the two of them on a personal level and that is starting to show on the pitch. For example, right before the match against Slavia Prague, Messi greeted every teammate and skipped Griezmann, who also didn’t go to greet the Argentinian starlet, so there might be something going on there.
Another footage showed a consistency in the fact that when one of them was pressing the opponent’s defense, the other was sitting back, hardly trying to support his teammate to make the pressing tactic much more effective. And when you’re playing in a team with Barcelona’s style and approach to football, this is something very worrying.
There was little to no interaction between Messi and Griezmann on the pitch, with both of them passing the ball to one another only three times and that is definitely something that Barcelona supporters should be concerned with given that they are supposed to connect on attacking plays to make a difference on the match. This is something Messi excelled at with Neymar when the Brazilian was at Barcelona, but he is hardly doing the same with the Frenchman.
A great example of the lack of understanding between the two players was when Messi was leading a counterattack against Slavia Prague, started to cut inside from the right side of the pitch and had a clear chance of passing the ball to a free Griezmann, but instead decided to shoot and missed the opportunity, which is something uncharacteristic of a player like Messi.
This last match was not only another example of Barcelona’s negative current state of affairs, but also a demonstration that perhaps things are not working out between the two players that should be leading their offensive output and it’s starting to show in a very clear manner.
Valverde must take the time to fix this situation because it’s starting to take a toll on the whole team and their performances.